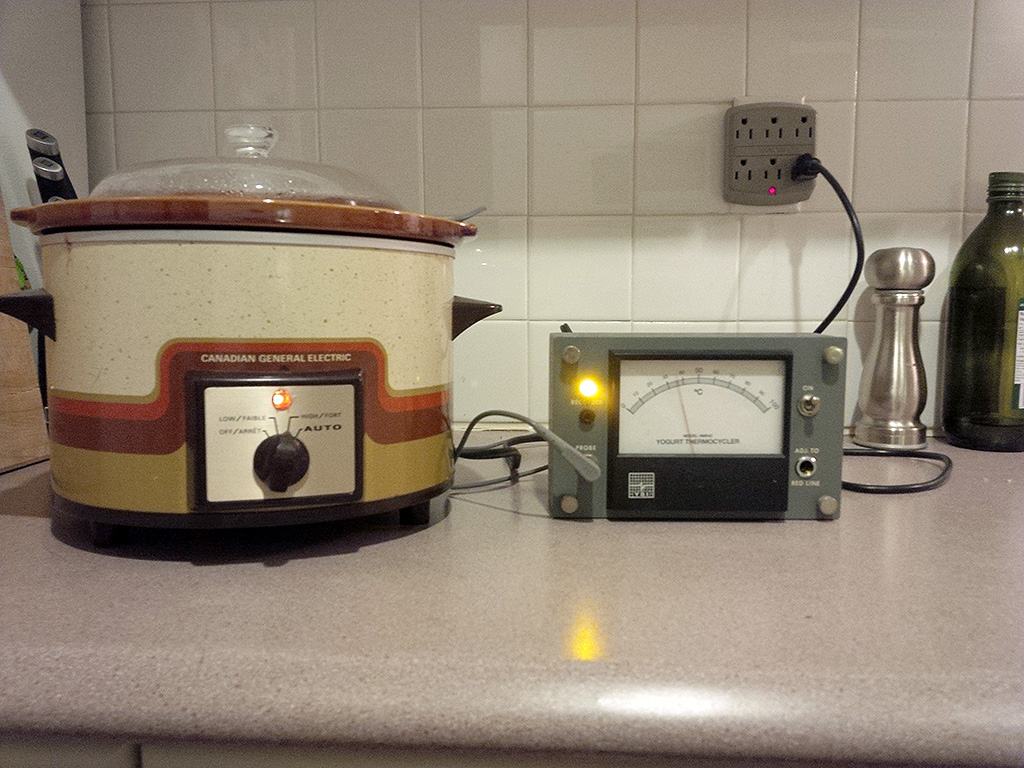 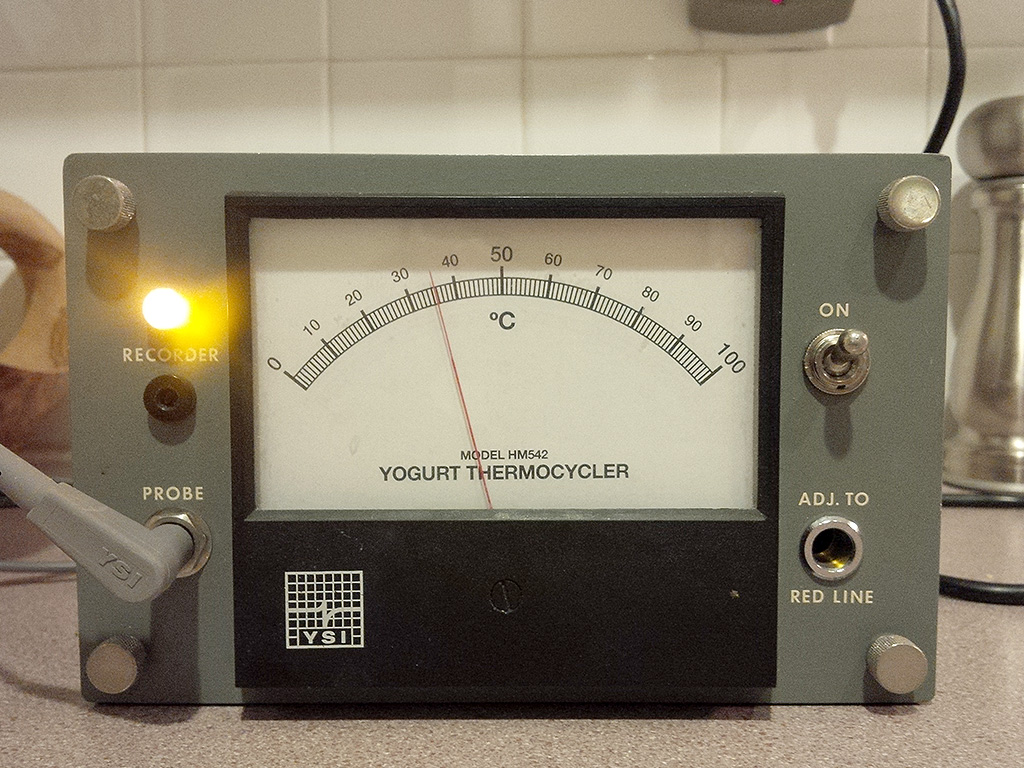 I went through a brief cheese and yogurt making phase that persisted until the convenience and superior quality of commercially prepared products eventually won me back. The original purpose of this device was to automatically control a slow cooker through the denaturing and incubation steps of yogurt making (hence thermocycler). After I got over my yogurt making phase, I revised the design to simply hold the slow cooker at any arbitrary temperature, thus making it a sous vide controller.

The electronics simply consist of a mains relay driven by an Arduino Uno connected to a thermistor probe immersed in the slow cooker. I happened to find an old YSI Tele-Thermometer in the garbage, so I was able to repurpose the housing and analogue gauge for this project. Any slow cooker without digital controls will work with this, though I prefer the “Canadian General Electric” model that’s been around since I was a kid. 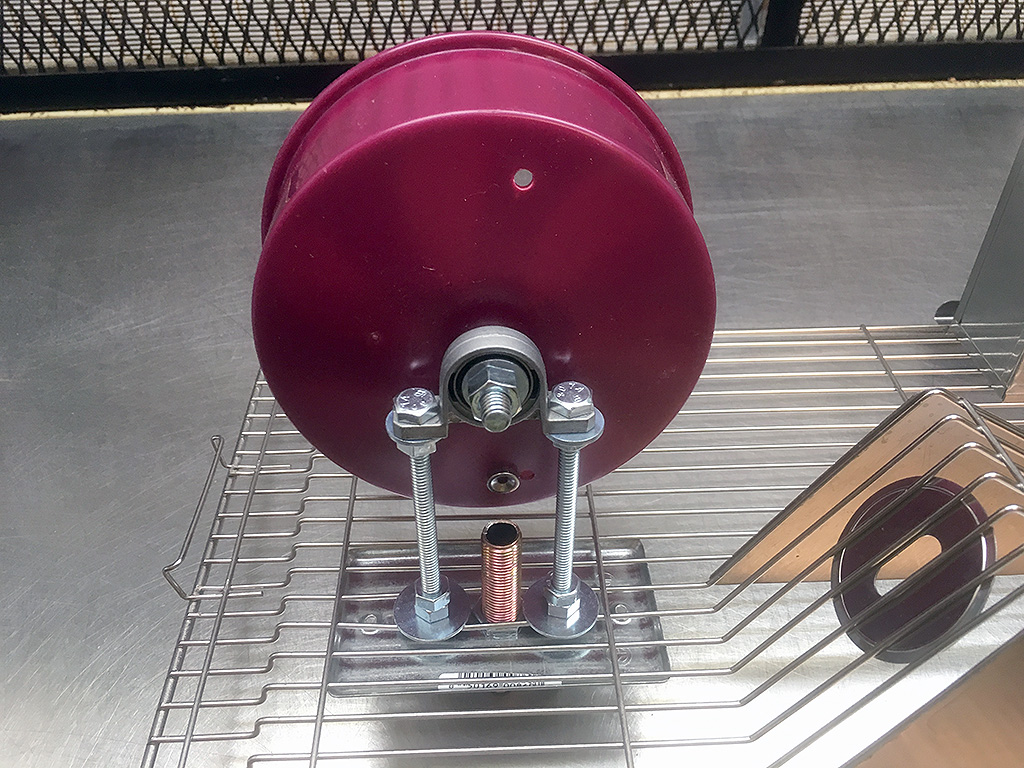 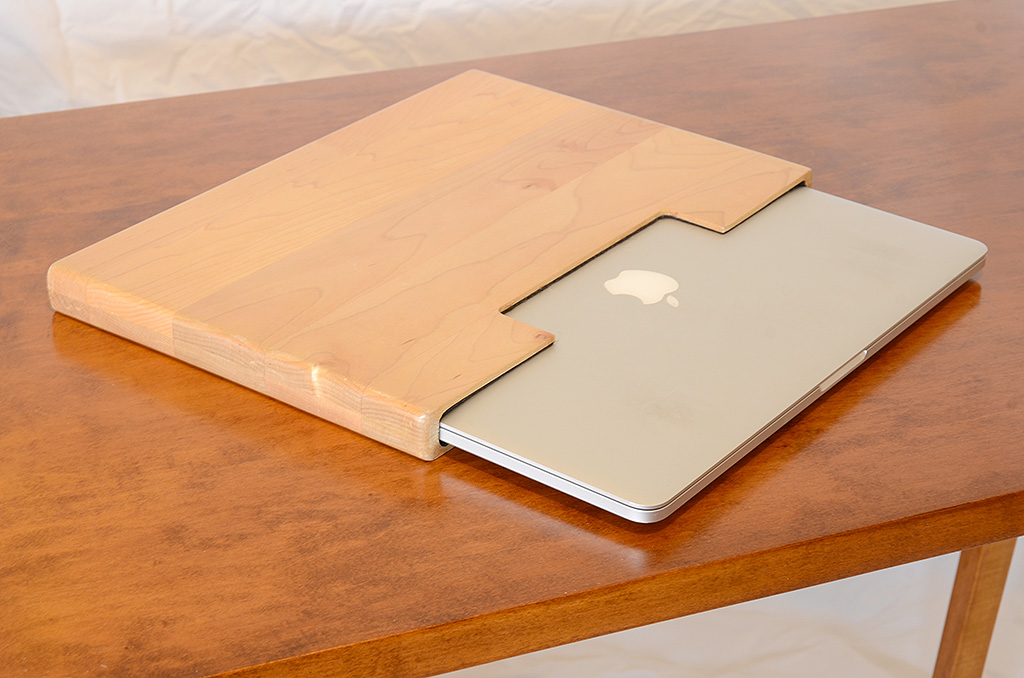